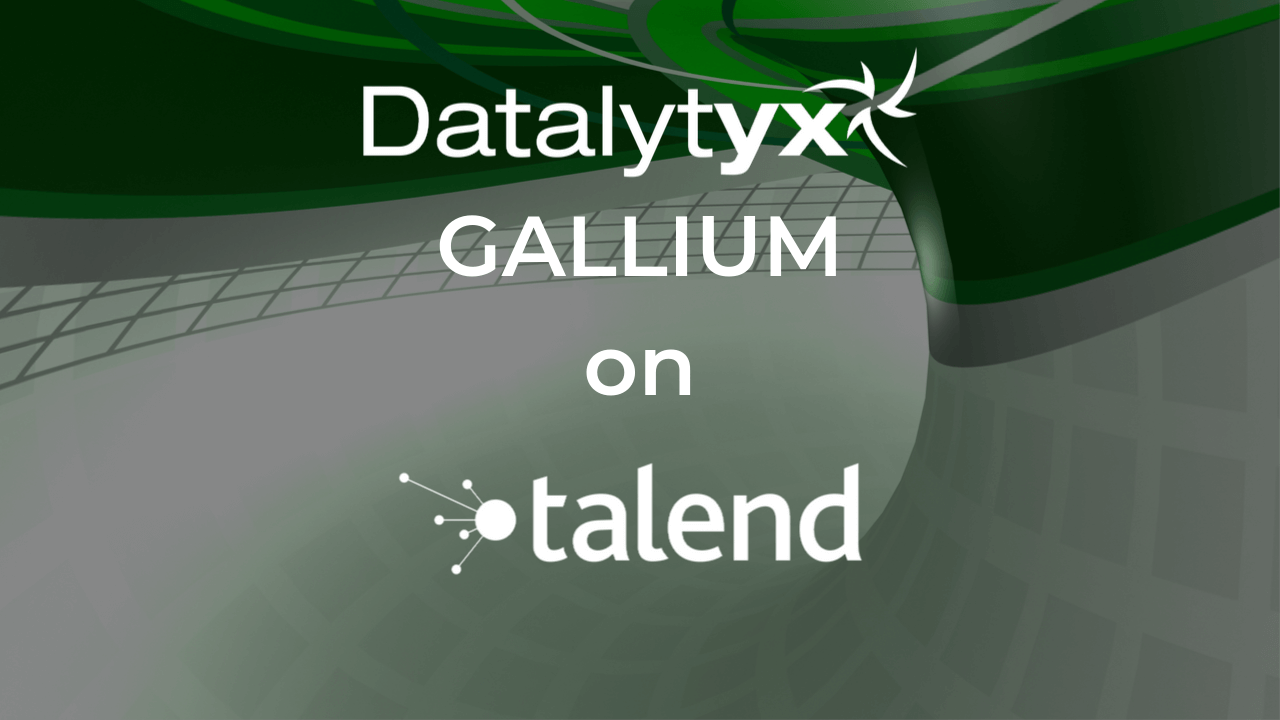 LONDON, United Kingdom, October 17th 2019 – Datalytyx is launching Gallium as a data service to be run within any Talend pipeline. This comes on the heels of their announcement that Gallium will be launched as a Snowflake Data Service thanks to their open source development of Snowflake webhooks.

Talend CEO, Mike Tuchen, praised this development, saying, “Datalytyx is a world-class organization that has helped a broad range of companies rapidly recognize significant value from Talend solutions. The highly talented team has earned almost a dozen awards from Talend based on their innovative approach, technical depth, and commitment to customer success. We have aligned with Datalytyx on several technical projects over the past six years, including Palladium, their Pre-integrated Data Platform that embeds Talend and Snowflake.

As previously announced, Gallium can be called natively from within Snowflake, and as we’re happy to confirm this week, the service can now also be accessed directly from Talend and integrated as part of any cloud or on-premise data pipeline.  Talend customers across the world can now benefit from the smart data compression of Tb and Pb of IoT sensor data with limited loss of fidelity.“